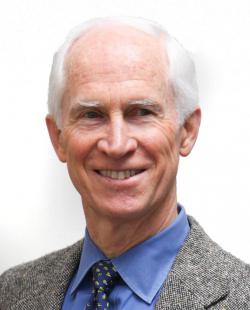 T. J. Pempel received his Ph.D. from in 1972. He is currently the Jack M. Forcey Professor of Political Scientist at the of , . From 2001 until 2005, he was director of Berkeley’s Institute of East Asian Studies. Prior to Berkeley, he held tenured positions at Cornell University and the University of Colorado, as well as endowed chairs at the University of Wisconsin and the University of Washington. He directed Cornell University’s East Asia Program from 1989 until 1995. His research focuses on comparative politics, Japanese political economy, and Asian regional relations. Pempel has received numerous research grants, including those from the Fulbright Commission, the U.S.-Japan Friendship Commission, and the MacArthur Foundation. He served as a presidentially-appointed member of the Japan-U.S. Friendship Commission from 2009-2020 and in 2016, he received the Foreign Ministry Commendation from the Japanese Ministry of Foreign Affairs. He serves on the editorial boards of a dozen professional journals and is the author of over 120 scholarly articles and the author or editor of twenty four books, most notably, Regime Shift: Comparative Dynamics of the Japanese Political Economy (Cornell University Press, 1998), Remapping East Asia (Cornell University Press, 2005) and in 2021, A Region of Regimes: Prosperity and Plunder in the Asia-Pacific (Cornell University Press). He was a competitive long distance runner for over forty years, completing thirty marathons; he remains a seasoned scuba diver with over 450 logged dives. He can be reached at pempel@berkeley.edu.