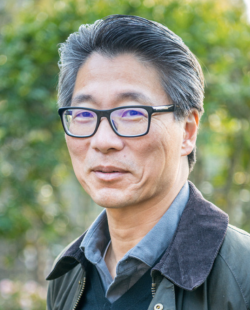 Taeku Lee is Professor of Political Science and George Johnson Professor of Law at the University of California, Berkeley. His research focuses on racial and ethnic politics, public opinion and survey research, identity and inequality, and deliberative and participatory democracy. Lee's current projects examine: racial diversity and political inequality in the United States (with Zoltan Hajnal and Vincent Hutchings); the determinants of redistributive and regulatory preferences in six advanced Western democracies (with Pepper Culpepper); anti-Asian American sentiment and the racial formation of Asian Americans. Like everyone else, he is also desperate to better understand what is happening to democracy in the United States.

Lee serves on the National Advisory Committee for the U.S. Census Bureau and on the Board of Directors of the American Academy of Political and Social Science. He previously served as Associate Dean at Berkeley School of Law, Department Chair at Berkeley Political Science, Associate Director at Berkeley's Haas Institute (now Othering and Belonging Institute) and has been on the Board of Overseers of the American National Election Studies (twice), the Board of Overseers of the General Social Survey, and the Executive Council of the American Political Science Association. His prior positions include Assistant Professor at Harvard, Robert Wood Johnson Scholar at Yale, Fernand Braudel Senior Fellow at the European University Institute, and Non-Resident Senior Fellow at the Brookings Institution. Lee has also been co-Principal Investigator of the National Asian American Survey (2008, 2012, 2016) and Managing Director of Asian American Decisions (2012-2020).

Lee was born in South Korea, grew up in rural Malaysia, lower Manhattan, and suburban Michigan, and is a proud graduate of K-12 public schools, the University of Michigan (A.B.), Harvard University (M.P.P.), and the University of Chicago (Ph.D.).

Zoltan Hajnal and Taeku Lee. 2011. Why Americans Don’t Join the Party: Race, Immigration, and the Failure (of Political Parties) to Engage the Electorate. Princeton University Press.