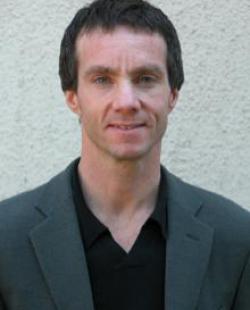 Steven Weber is a specialist in International Relations and Interntional Political Economy with expertise in international and national security; the impact of technology on national systems of innovation, defense, and deterrence; and the political economy of knowledge-intensive industries particularly software and pharmaceuticals.

Trained in history and international development at Washington University, and medicine and political science at Stanford, Weber joined the Berkeley faculty in 1989. In 1992 he served as special consultant to the president of the European Bank for Reconstruction and Development in London. He has held academic fellowships with the Council on Foreign Relations and the Center for Advanced Study in the Behavioral Sciences, and was Director of the Institute of International Studies from 2004 to 2009. He is Senior Policy Advisor with the Glover Park Group in Washington DC and actively advises government agencies, private multinational firms, and international non-governmental organizations on issues of foreign policy, risk analysis, strategy, and forecasting.

Weber’s major publications include The Success of Open Source, Cooperation and Discord in U.S.-Soviet Arms Control, and the edited book Globalization and the European Political Economy; and numerous articles and chapters in the areas of U.S. foreign policy, the political economy of trade and technology, politics of the post-Cold War world, and European integration. With colleagues  Bruce W. Jentleson at Duke and James Goldgeier, Dean of SIS at American University, Weber directs the New Era Foreign Policy Project funded principally by the Carnegie Corporation of New York.  Weber and Jentleson published in 2010 The End of Arrogance: America in the Global Competition of Ideas. His most recent book, edited with Nils Gilman of UC Berkeley and Jesse Goldhammer of Monitor Deloitte, is Deviant Globalization: Black Market Economy in the 21st Century.  He is currently writing Beyond the Globally Integrated Enterprise, a book that explains how economic geography is evolving and the consequences for multinational organizations in the post financial crisis world, and is directing a collaborative research effort on the employment effects of modern Information Technology.