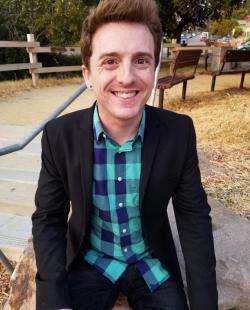 I grew up in the Phoenix and Seattle metropolitan areas, and briefly worked as an audio engineer before attending University of Washington as an undergraduate. I graduated summa cum laude with a B.A. in political science. Before attending UC Berkeley for his PhD, I was employed in Seattle as a campaign manager and in Chicago as a high school tutor. I am now a PhD student in Political Science at University of California, Berkeley. I study a variety of topics related to American Politics and Political Behavior, including polarization, elections, public opinion, political psychology, and crime. My work has been published in the Journal of Politics and Election Law Journal. My primary interest is to better understand how people acquire, interpret, and use political information, especially as this relates to democratic accountability and interpartisan hostility. My dissertation, “Selective Attribution: Causes and Consequences of Affective Polarization,” explores the way citizens make attributions about politicians and each other depending on their partisanship. I show that when people evaluate their own party, they give them credit for good outcomes, withhold blame for bad outcomes, and assume admirable values underlie their political actions; outgroup partisans instead receive blame for their apparent failings (though no credit for apparent successes), and are presumed to be motivated by ignorance and/or ill intent. These tendencies further exacerbate affective polarization and limit the prospects for democratic accountability. I teach introductory classes on American politics and political psychology, as well as advanced classes on voting behavior and Latino politics. I also work for the Berkeley D-Lab as a Qualtrics and Stata consultant and workshop leader.