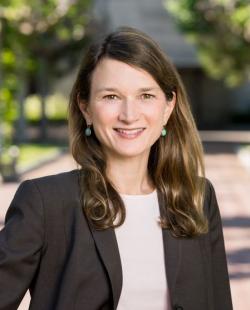 Sarah Anzia studies American politics with a focus on state and local government, elections, interest groups, political parties, and public policy. She is the author of Local Interests: Politics, Policy, and Interest Groups in US City Governments (University of Chicago Press, 2022), which evaluates the political activity of interest groups in US local governments and how interest groups shape local public policies on housing, business tax incentives, policing, and public service provision more broadly.

Her first book, Timing and Turnout: How Off-Cycle Elections Favor Organized Groups (University of Chicago Press, 2014), examines how the timing of elections can be manipulated to affect both voter turnout and the composition of the electorate, which, in turn, affects election outcomes and public policy. She has also written about the political activity and influence of public-sector unions, the politics of public pensions, policy feedback, women in politics, political parties, and the historical development of electoral institutions. Her work has been published in the American Political Science Review, the American Journal of Political Science, the Journal of Politics, and other scholarly journals. She has a PhD in political science from Stanford University and an MPP from the Harris School at the University of Chicago.

Local Interests: Politics, Policy, and Interest Groups in US City Governments (The University of Chicago Press, 2022)