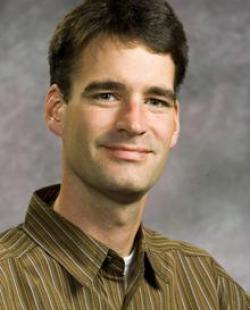 Professor Van Houweling studies political behavior and legislative institutions in the United States. Both aspects of his research are driven by an interest in better understanding the representational linkages between electorates and officeholders. He received his B.A. in political science from the University of Michigan in 1993 and his Ph.D. from Harvard University in 2003. He worked as a Legislative Assistant to Senator Thomas A. Daschle of South Dakota from 1993 to 1995. He has published articles in a variety of political science journals, including the American Political Science Review, the American Journal of Political Science, and Studies in American Political Development.

Professor Van Houweling is engaged in two large ongoing projects. The first project, funded by a grant from the National Science Foundation, examines how citizens respond to various characterisitics of candidates policy positions, including their content, consistency, and ambiguity. The second project examines how modern congressional majority parties employ legislative tactics to weaken representational constraints on their members. One unique aspect of this Congress-focused work is that it uses surveys and survey experiments to better understand how the electorate provides incentives for, and constraints upon, the procedural strategies legislators adopt.