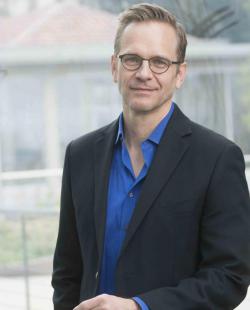 I work on the history of political, moral, and legal thought, especially ancient, renaissance, and early modern political philosophy.  Recent contributions to ancient political thought include "Athenian Democracy and Popular Tyranny" (2016), "Thucydides and the Politics of Necessity" (2017, with Mark Fisher), and "The Liberties of the Ancients" (2018, with Quentin Skinner).  Another focus of my research has been the philosophy of Thomas Hobbes (including studies of his theory of equality, obligation, democracy, tyranny, mixed government, natural law, and the rationality of justice); I co-edited The Oxford Handbook of Hobbes (2016).  Work that bridges these two areas includes "Hobbes and Aristotle on the Foundation of Political Science" (2019, with Nicholas Gooding) and "Hobbes's Thucydides" (2016).

I am committed to teaching and graduate student mentoring.  For my Berkeley teaching, I have received the Excellence in Teaching Award, from the Northern California Association of Phi Beta Kappa (2018); the Distinguished Faculty Mentor Award, from the Graduate Assembly (the only campus-wide teaching award given by students) (2016); and the Faculty Award for Outstanding Mentorship of Graduate Student Instructors, from the Graduate Council and Graduate Division (2013).