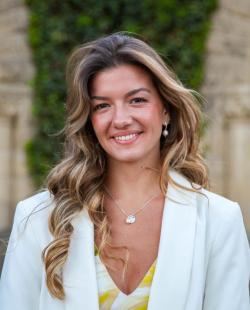 Isabella C. Montini is a Political Science PhD student at the University of California, Berkeley, specializing in Comparative Politics and Methods. Her research focuses on the political economy of development, exploring topics such as violence, distributive politics, and welfare provision by state and “non-state” actors. Her methodological interests include applied causal inference methods. Prior to pursuing her PhD, Isabella worked as a research fellow at the Poverty, Violence, and Governance Lab at Stanford University on projects concerning criminal governance, militia expansion, and police violence in Rio de Janeiro, Brazil. Isabella holds a MA in Latin American Studies with a specialization in Political Economy from Stanford University and a BA in Political Science and Sociology from the Humboldt-University in Berlin.