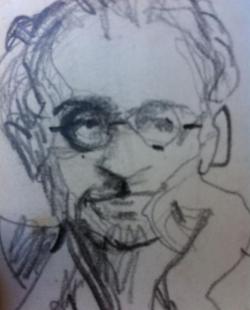 I have been a member of this faculty since 1964. I first taught and did quantitative research on political behavior (Apathy and Participation: Mass Politics in Western Societies). Subsequently, I moved my attention to modern Italy and Southern Europe as cases of peripheral development (Surviving without Governing:The Italian Parties in Parliament). In the Seventies and Eighties my attention moved to democratic theory and transitions to democracy (To Craft Democracies). Democracy beyond the nation state was an added focus of attention during the Nineties (Restructuring Territoriality: Europe and the United States Compared, coedited with Chris Ansell). After my retirement, I began to look into the demise of The Thirty Glorious Years (1945-75) of European and American Democracies and the role that neoliberalism and its narratives have played in that demise. The Modern State Subverted: Risk and the Deconstruction of Solidarity, was published in the fall of 2013.

I you really wish to know more, check my site in Academia.edu