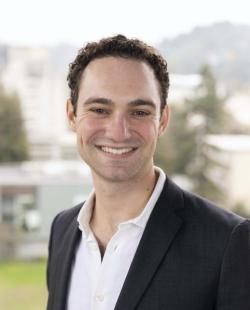 I study the history of political thought, especially ancient, renaissance, and early modern political philosophy. I have a longstanding interest in the political thought of Machiavelli, especially in relation to the themes of political renewal and constitutional change. I published my B.A. thesis, "Machiavelli's Principio: Political Renewal and Innovation in the Discourses on Livy," in the Review of Politics (2020). My current research on Machiavelli explores his analysis of the Decemvirate, an extraordinary commission created for the drafting and enactment of Rome's foundational laws. Another focus of my research has been on the political philosophy of Aristotle. One of my current projects explores the relationship between Aristotelian political friendship and economic equality; another traces the reception of Aristotle's concept of "extreme democracy" in late medieval and humanist commentaries on the Politics. I am also interested in the political dimensions of ancient literary theory (esp. Longinus), and in early modern theories of sovereignty and absolutism (esp. Bodin and Hobbes).

Prior to beginning my graduate studies, I received my B.A. in Philosophy and Political Science from the University of Chicago (2018), then lived in Vienna for two years, where I taught English as a second language through Fulbright Austria's USTA Program (2018-2020).