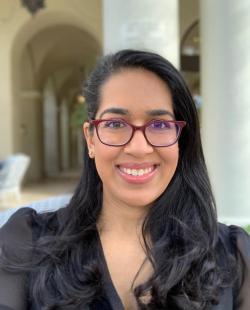 Tara Chandra is a PhD Candidate in IR at UC Berkeley. Her research interests are primarily focused at the intersection of gender and international security. Specifically, she is interested in why and under what conditions insurgents target women, and what forms this targeting takes. Additionally, she is interested in the relationship between women's empowerment and counterinsurgency success, as well as the role of women in creating state institutions that are durable against insurgency and terrorism. She is also interested in broader theories of counterinsurgency, and the causes and consequences of political violence more generally.

She holds an undergraduate degree in Political Science from the University of Chicago, where she graduated with Honors in 2011. She also holds an MA in Global Affairs from Yale University. Prior to her graduate study at Yale, she worked at the Carnegie Endowment for International Peace, where she served as the lead researcher on a book on U.S. foreign policy and national security.