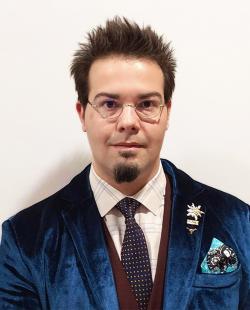 I am a Ph.D. candidate in political science in the Travers Department of Political Science at the University of California, Berkeley. My dissertation examines the variety of ways regulators respond to disruptive technological innovation in advanced industrial democracies. My research interests include regulatory politics, comparative political economy, and law and political economy with a particular focus on the politics of technology and national models of welfare capitalism. With a background in physics and mathematics, I also work on the deeper insights we can gain from qualitative and multi-method research based on deep case knowledge as well as the potential for computational methods to bridge the qual-quant divide.

The Comparative Politics of Technology

Regulatory Politics and the Politics of Regulation

The Politics of Economics (Political Economy)

M.A. in Social Science with Concentrations in Political Science and Science and Technology Studies(STS) (University of Chicago, 2011)

B.A. with Special Departmental Honors in Government (University of Texas at Austin, 2010)

B.A. in Physics with a Minor in Mathematics (University of Texas at Austin, 2010)

Konrad is a Texan born to Californian parents.  This dissonant identity first sparked his interest in government and governance because he was sure that the knee-jerk mistrust some of his peers had of "The Government" could not possibly be the full range of understandings of the place of government and politics in society.  An avid fan of science fiction, his interest in the politics of technology grew from the speculative worlds of such authors as Kim Stanley Robinson, Neal Stephenson, Issac Asimov, and Frank Herbert.  The most frequent question he gets asked about his research is "How is this poltiics?"  With formative readings such as those above, how could one not think about the political implications of technology and its governance?

Professionally, Konrad has gained a range of experience across institutions, geographies, and disciplinary boundaries.  He attended the University of Texas at Austin for his bachelor's degrees, majoring in Physics and Government with a minor in Mathematics.  While a Physics major, he worked for a summer as a Material Physics lab assistant at Universität Würzburg in Germany.  His senior thesis for Special Departmental Honors in Government investigated why countries send people into space, finding that because there is quite literally nothing up there for people to do unless we put it there, the successful programs had to be justified based on their impact back on Earth (whether national prestige for the US in the 1960s or economic development for China in the 1990s).

After graduating from UT, Konrad moved to Chicago to complete a Master of Arts in Social Science (MAPSS) degree at the University of Chicago, focusing on Political Science and Science and Technology Studies (STS).  For his MAPSS thesis, he wrote on the congressional hearings which led to the formation of the National Science Foundation in the 1940s, finding an eerie parallel to the rhetoric employed by Senator Tom Coburn (R-OK) 70 years later when he attempted to exclude the social sciences from NSF funding in 2011.

Having completed his MA, Konrad worked for several years in the private sector as a consultant for a firm which created e-commerce data and platforms for industrial supply companies.  As a Ph.D. candidate at the University of California, Berkeley in the Political Science department, he is working on a dissertation tentatively titled: "More than Mere Dead Weight: How Regulators Respond to Disruptive Technological Innovation in Advanced Industrial Democracies."  In his spare time, Konrad enjoys the political intricacies of being an avid car enthusiast living in California with a (legally) modified car.