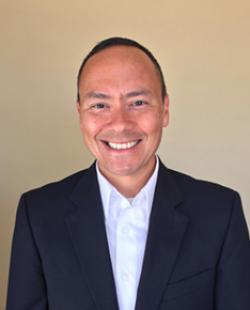 Leonardo R. Arriola is Associate Professor of Political Science and Director of the Center for African Studies at the University of California, Berkeley. His research focuses on democratization, coalition politics, ethnic politics, and political violence in developing countries. He has conducted field research in Cameroon, Ethiopia, Kenya, Madagascar, Senegal, and Zambia.

His current projects include the following:

Civic education—field experiment in Côte d'Ivoire on the impact of civic education on voter perceptions of electoral integrity.

Ethnic voting—field experiment in Kenya on the role of political endorsements in mobilizing multiethnic support for candidates.

Government trust—survey experiment in Guinea on the role of authorities in encouraging compliance with public health advisories.

Arriola's work has been published in journals such as the American Journal of Political Science, Comparative Political Studies, and World Politics. He is author of Multiethnic Coalitions in Africa: Business Financing of Opposition Election Campaigns (Cambridge University Press), which received a best book award from the African Politics section of the American Political Science Association (APSA) in 2013 and an honorable mention for the Gregory Luebbert Prize for best book from APSA’s Comparative Politics section in 2014.

Arriola has previously been a national fellow at the Hoover Institution at Stanford University, a visiting scholar at the Kellogg Institute for International Studies at Notre Dame University, a Fulbright scholar at the Institute of Ethiopian Studies at Addis Ababa University, and a visiting researcher at the West African Research Center in Dakar, Senegal. He currently serves on the editorial boards of African Affairs, Comparative Politics, and Comparative Political Studies.

Honorable mention (2014) for the Gregory Luebbert Prize for best book from the Comparative Politics section of the American Political Science Association (APSA).

"The Ethiopian Voter: An Assessment of Economic and Ethnic Influences with Survey Data." International Journal of Ethiopian Studies vol. 3, no. 1 (2007): 73-90.

PS 290A: Research and Writing

Faculty Affiliate, Center on the Politics of Development