Kiren Aziz Chaudhry, scholar of comparative politics with a focus on the Middle East, died in her home of a heart attack on June 25, 2020.

Chaudhry joined the Department of Political Science at Berkeley in 1990, where even as an assistant professor, she became an important figure in the emerging field of political economy in comparative politics.  Her first book, The Price of Wealth, based on years of field work in Saudi Arabia and Yemen, won the Middle East Studies Association Albert Hourani Best Book Award and was lauded by senior experts as a stunning accomplishment.  In it, Chaudhry examines how fundamental state and market institutions forged at the end of World War I were repeatedly reshaped in response to exogenous shocks, and how this reshaping in turn determines institutional outcomes.   David Woodruff, an early student of Chaudhry’s now on the London School of Economics faculty, writes, “Based on remarkable anthropological and archival research, the book offered a pioneering examination of the process of state-building in Saudi Arabia, launching an important discussion on how, and how much, the presence of oil revenues shaped state capacity.”  Woodruff adds that the book’s “analysis of the institutional and economic roots of splits between northern and southern Yemen has enduring relevance to the country’s conflictual history.  For scholars of all regions, it offers a model of how to connect detailed local knowledge to themes of the broadest comparative significance.”

Beyond her study of the specific regions featured in The Price of Wealth, in her early career Chaudhry developed a novel way of understanding and criticizing the effects of the free market orthodoxy taking shape with neoliberal globalization.   Melani Cammett, another former student of Chaudhry’s and now professor of international affairs at Harvard, writes of Chaudhry’s important 1993 article, Myths of the Market and the Common History of Late Developers:  “In the early 1990s, well before others were doing so and at the height of market-based orthodoxy in economics, Chaudhry articulated a framework for understanding the challenges to economic liberalization programs in developing countries. Her arguments emphasized the political and historically rooted processes undergirding the construction of national markets. First, rather than an alternative to weak states, markets require states with effective national legal and regulatory institutions in order to emerge and function. Second, she underscored the importance of the international context for market-making efforts in developing countries…and insisted that the historical moment when countries build national economies greatly affects the nature of the institutions they build: While early developers had the luxury of building markets without much interference from external forces, ‘late, late developers’ were obliged to do so in the context of highly mobile capital, undercutting the institutional and political capacities needed for markets to function.” This argument, Cammett writes, forged “a new understanding of the political economy of development - and one that subsequently became widely accepted among social scientists and policy makers alike.”

In the early 2000s, Chaudhry turned her scholarly attention to issues of political trauma and displacement, integrating into these phenomena her deep understanding of political economy and its effects.  She won a series of fellowships in support of this research, including a MacArthur Foundation Peace and Security Fellowship, IREX grants and two Berkeley Sultan Research Fellowships. In 2010, she added an affiliation with the Department of Gender and Women’s Studies to her existing affiliations with the Center for Middle East Studies and the Center for South Asia Studies.   The book she was completing when she died, Trauma and Memory in Istanbul, is framed by several disciplines and draws on trauma theory, ethnography and archival research to analyze how post-Soviet female circular traders and sex workers and their male hosts in Turkey developed forms of solidarity amidst severe economic crisis.

Chaudhry loved teaching and brought to it her fierce intelligence, maverick spirit, infectious curiosity and high expectations of others.  For both undergraduate and graduate students, her classes and mentorship were often life-changing.  Professor Woodruff notes, “for many Berkeley graduate students, her seminar on the political economy of development was an intellectually transformative experience that shaped long-term research and teaching agendas.  Students influenced by her vision launched investigations of developing and post-communist countries throughout the world.”   She encouraged in her graduate students, Woodruff adds, “ambition, originality, and the bravery needed to pursue both.” Former student Milad Odabaei writes, “in 2004, Kiren's undergraduate course on the political economy of the Middle East was one of the few spaces to consider the histories and processes that contributed to 9/11 and the 2003 invasion of Iraq outside simplistic narratives of good vs. evil.”  He adds that her lectures on economic sanctions continue to inform his scholarly analysis of Iran.

Professor Chaudhry retired in 2019. In addition to her passion for politics, scholarship, and teaching, she loved Urdu poetry, the English modernist writers, science fiction, gardening, culinary feats, Sufi music, long walks in nature and the sound of the ocean. Her deep sense of irony barely masked her longing for the human world to be more just and kind.  She is survived by her daughter Aden Kinne, her brothers Adil, Bilaal, and Daniyal and her parents Kathleen and Anwar Aziz Chaudhry.  She was buried in Shakargarh, the village of her birth. 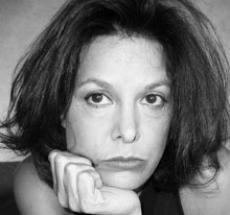