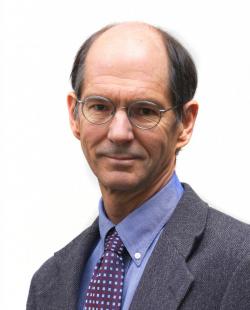 Professor Powell’s research focuses on war, international conflict, and the politics of weakly institutionalized states, and he is a specialist in game-theoretic approaches to these issues. He received a B.S. in mathematics from Harvey Mudd College, an M. Phil. in international relations from Cambridge, and his M.A. and Ph.D. in Economics from UC Berkeley. His published work includes Nuclear Deterrence Theory: The Search for Credibility, (Cambridge University Press, 1990); In the Shadow of Power: States and Strategies in International Politics (Princeton University Press, 1999); “Bargaining and Fighting While Learning,” American Journal of Political Science (April 2004); and “The Inefficient Use of Power: Costly Conflict with Complete Information" American Political Science Review (May 2004).

In the Shadow of Power: States and Strategies in International Politics (1999)

Robert Powell argues persuasively and elegantly for the usefulness of formal models in studying international conflict and for the necessity of greater dialogue between modeling and empirical analysis. Powell makes it clear that many widely made arguments about the way states act under threat do not hold when subjected to the rigors of modeling. In doing so, he provides a more secure foundation for the future of international relations theory. Powell argues that, in the Hobbesian environment in which states exist, a state can respond to a threat in at least three ways: (1) it can reallocate resources already under its control; (2) it can try to defuse the threat through bargaining and compromise; (3) it can try to draw on resources of other states by allying with them. Powell carefully outlines these three responses and uses a series of game theoretic models to examine each of them, showing that the models make the analysis of these responses more precise than would otherwise be possible. The advantages of the modeling-oriented approach, Powell contends, have been evident in the number of new insights they have made possible in international relations theory. Some argue that these advances could have originated in ordinary-language models, but as Powell notes, they did not in practice do so, The book focuses on the insight and intuitions that emerge during modeling, rather than on technical analysis, making it accessible to readers with only a general background in international relations theory.